In 2003, right after graduating from high school, I hitchhiked to Western Europe. This was an amazing trip. I played didgeridoo on the streets. On gas stations, I was making rituals of ceremonial magic.

During trips I broadened both my theoretical as well as practical knowledge of magick, henochiana, shamanism and agnihotra. 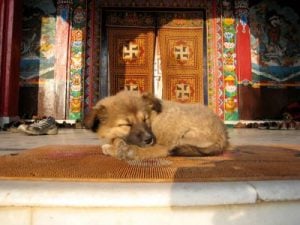 Simultaneously, I began attending Buddhist Bon meetings; I had visions and meaningful dreams. I was told that this path may be very suitable for me, so I decided to try and get to know it better. I took part in several spiritual meetings with Tenzin Wangyal Rinpoche, the first of which took place in 2002.

In 2005, I enrolled at the University of Silesia, in the field of Environmental Protection. From among many interests, I wanted to know what is going on with people and with our planet, to put it as simply as possible.

I worked as an SEO assistant so that I could earn money towards my election campaign for the Councilor’s Office. I gained a lot of useful experience – the points of view of politicians, businessmen and normal people are not strange to me.

A year before my bachelor’s I took a dean’s leave and went to India using the money I earned from working on industrial installations.

I only hitch-hiked to Budapest, after that I travelled using public transport. In Iran it was not possible to use my bank card; I had to stay in Tehran for a few days without any cash. When I finally managed to get everything together, I slowed the pace down a bit and visited the fabulous Esfahan.

Located in the colorful, dangerous mountains, following a road running 100 kilometers from the border between Afghanistan and Pakistan, I got to Quetta, and then further to Delhi. I arrived north, to the Menri Monastery in the Himachal Pradesh district… 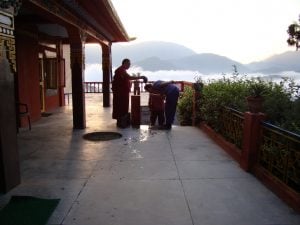 I received great support and teachings from the Abbot of the monastery , Lungtok Tempa Nijma. More formally, the knowledge of Mother Tantra was given to me by Njima Dhondup.

A few months later, I launched meditation meetings and put in a lot of energy to tune meditation types to the needs of participants. Although I didn’t announce anything, together with a few good souls we had developed a lot of positive energy.

Another trip to the Menri Monastery. I continued my apprenticeship and got further spiritual instructions from the Abbot.

In 2010 I met the clairvoyant – Agnes Orzechowska, who I am still learning many things from – mainly about the flow of energy and methods of working with it. In addition, along with Kuba Szukalski, I started to work on the translation of the Bon prayers, and in cooperation with Paulina Sołtowska, the design of the lungta flag in adaptation to the European lands.
The idea for the translation was inspired during my first trip, by the teacher of Tibetan taichi, Steve Frison. It is an attempt to capture the sense of the teachings of Bon Buddhism using understandable, clear language. The prayer flags on the other hand, are a natural addition to them, restoring the bond of man with Earth and nature. In 2011 I went to the Menri Monastery yet again, to get the opinion of the Bon monks about the translations and flags. They let me hang the flags on the holy mountain above the monastery.

The first time I was asked for distant energy clearing and support was during my first trip to India. The results encouraged me to continue experimenting with giving people help this way. In 2009 I founded the first website dedicated to my activity, slowly collecting experience in spiritual healing. 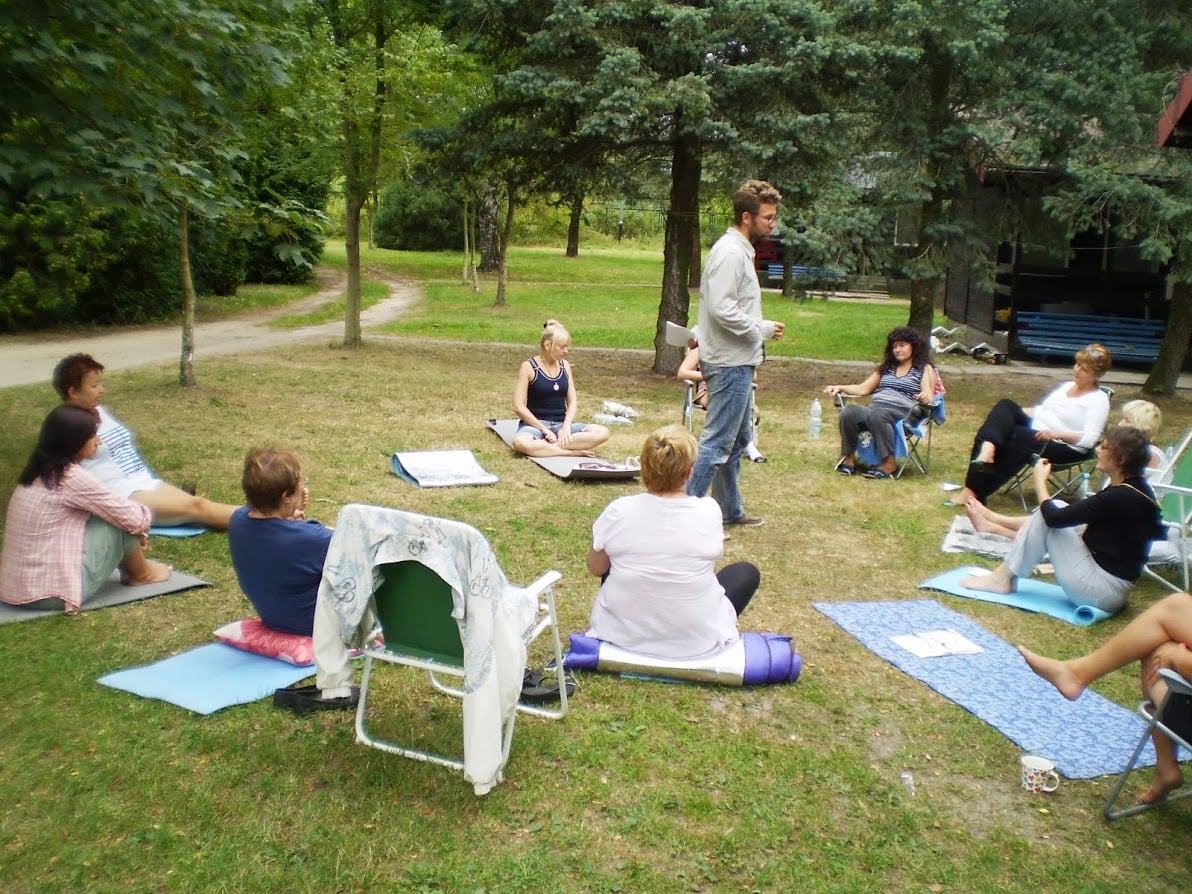 Attempts to create a spiritual space in my city, lead me to creating my company. And to develop it, I also had to find new ways of attracting success. These methods have manifested in me as well as in my clients.

In 2013, I was invited to lead workshops on spiritual roots of business, energy of money and entrepreneurship under EU programs. It was a unique experience.

The materials on this website are an opening to the knowledge and experience that have so far only been available to me and the clients of my healing sessions.

Try it out here